Today, I completed the Breeding Bird Survey (BBS) for Cheshire Wildlife Trust’s Bagmere reserve.  The site is located at the centre of a triangle formed by Sandbach, Holmes Chapel and Congleton and is only a short drive from where I live (well it should be if I hadn’t been caught in rush hour traffic today!).  The survey has involved visiting the site once per month during March, April, May and June, and recording the species of birds seen, the number of each species and their behaviour.  Now at the end of the four visits, I can assess what birds are possibly breeding, probably breeding or confirmed breeding on the site.

Over the course of the four visits, I have noted 41 species at the site. A number of these have been flying over Bagmere and therefore are unlikely to be breeding there (e.g. Lapwing, swallow and jackdaw) but many of the others are either possible or probable breeders.  I was quite excited that in the earlier visits I had recorded both Willow Tit and Water Rail but these species have not put in an appearance more recently but I think I can put the former down as a probable breeder at least. Today I saw young Blue Tits and Great Tits, so these are likely to be recorded as confirmed breeders for the site.

One thing that has struck me over the course of the four visits is how Bagmere and the birds have changed as the Spring has progressed.  During my first visit, the trees were bare, the temperatures were low and there were still some avian winter visitors around (Fieldfares and Redwings).  When I did the surveys in April and May, the grass was starting to grow, the trees were coming into leaf and the migrants gradually started to arrive. My visit today found the reserve in its prime; all of the summer migrants had arrived, the grass was almost too long to walk through, the trees were in full leaf and the flowers were blooming. 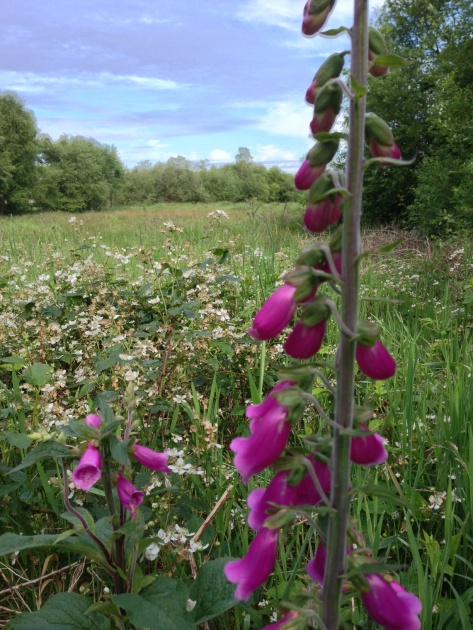 While undertaking the surveys I have also noted the other fauna I have seen within the reserve and today I saw both Spotted Wood and Meadow Brown butterflies (pictured below).  I also saw two brown hares during the May visit to the site – for me, a lovely moment and highlight.

One of the things that makes this task so special is that I’m the first person to do a full BBS for the site and my list of species is the first complete one done for Bagmere (I think so, anyway).

I have gained so much through doing these surveys. I don’t think I have ever noticed the seasons change as much as I have this year.  I have always thought I was in touch with the changing of the seasons but these surveys have taken it to a whole new level. The surveys have also improved my ear for birds and I now seem to be able to cut through the general cacophony of the modern world and pick out a single bird singing amongst the trees or undergrowth.

I started doing these surveys to help Cheshire Wildlife Trust with its work but I have received far more than I have put in – I think I have really learnt and grown by doing them – I just hope I can continue to do the surveys for the years to come!