I was up early this morning to do the first of two recording visits to my BTO Breeding Bird Survey site out at Bulkeley.  Getting up was a bit of a struggle after what felt like a long week and doing circuit training last night – my aching muscles didn’t really like the early alarm.  However, it was well worth it.

It was a lovely, bright and quite warm spring morning with a cloudless sky and only the hint of a cooling breeze.   Even before I’d set off on the first of two one kilometre transects, the birds were performing for me with two buzzards soaring above the sandstone ridge of Bulkeley Hill, being mobbed by a raven and carrion crows.  The summer migrants were also quickly in my notes with willow warbler, chiffchaff and blackcap all singing loudly and persistently.  As I made my way into the second section of the first transect, a good flock of 30 jackdaws took flight after feeding in a hillside meadow.

The each transect took around 45 minutes to complete, with frequent stops to make notes and checking the species through my binoculars.  Some sections were quicker than others with fewer species out in the open fields away from the wooded hill. The last section seemed the most intense of all, almost running out of space to make notes at the end.  The birds seemed quite unconcerned about my presence in some places and I had very good views of chiffchaffs and blackcaps – maybe they had other, springlike, things on their minds. Overall, I recorded 29 species, which is just three shy of the total for the two visits last year.

Wandering around the countryside on a beautiful spring morning is a lovely thing to do anyway but doing a bird survey makes it even better.  Listening and watching wildlife immerses me even deeper into the natural surroundings and makes the experience even more intense. While it is sometimes a struggle to get out of bed early at a weekend, it was certainly worth it this morning! 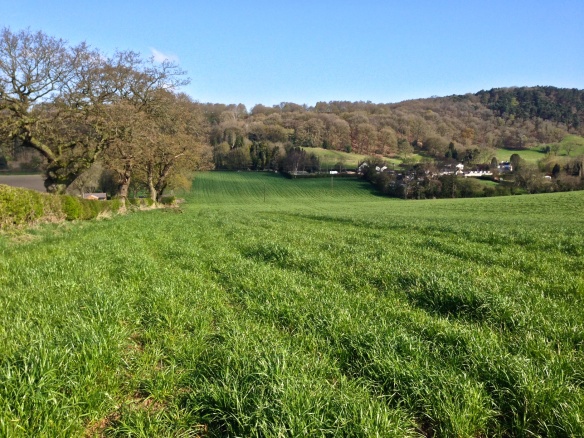 As I finished the survey I came across two lost scouts, looking confused as they tried to workout where they were on their OS map.  It’s well over 20 years since I took part in the Cheshire Hike; the two-day event these lads were taking part in.  Whilst it might be counted as cheating, I pointed out where they were and guided them in the right direction.    Mapping reading was always a strength of mine when I was a scout but maybe they don’t teach the current generation as well as I was taught as I came across four more lost lads just a little further down the track. I decided I’d done my good deed for the day and left them to work it all out for themselves.