Leaving the house, after a brighter day, the weather knows I’m on my way to Glaslyn; the drizzle starts to fall as I close the door behind me. I join the end of the slow moving traffic, families heading into Wales for the long weekend, bikes on racks and caravans towed behind. Passing through villages and making turns, the cars move aside one by one, until I’m alone on the narrow twisting route down into the valley. As I descend, the clouds begin to break and the last rays from the sun pick up highlights on the mountainsides.

Turning onto the track, I do the usual and lower my windows, no rain dripping in this time. The woodland path is dotted with fallen blossom and the undergrowth is beginning to encroach; the vibrant green still prominent despite the failing light. The last sounds of the day float into the car but the night is coming upon the valley as I break out into the open meadowscape. It’s not a bird that flits in front of the car as I reach the gates but a single bat, out early in the growing gloom. As I open the door and stand in the fresh air, a dampness clings to me, the rain of the past few days has left behind humidity from which mist is rising and enveloping the hillsides. Across the fields, over the river and behind the bund, the nest overlooking the small copse has a single new hope, an egg being incubated; a last chance of the year?

After the windy and rainy night shift of two weeks ago, it was with excitement that I arrived at protection yesterday. I was welcomed by bats flying around the field by the caravan, some just skimming above my head, and the sounds of owls in the woodland. I’ve done quite a few night shifts over the past four springs but this was the first without either rain or the old generator that used to power the camera systems. Without those two annoyances, the night was peaceful and all the more vivid for it. The bats were stunning, different sizes circling and darting through the trees and over the fields. The owls screeched and hooted at each other, both barn owl and tawny. A distant fox called and the occasional trilling of a grasshopper warbler could be heard as I made my way over to the forward hide.

The hide, just a bit nearer to the nest than the protection caravan, gives an unobstructed view across the field towards the tree. The last of the evening light was just failing as we set up in the hide, the mist starting to settle at the bottom of the valley as well as clinging to the hillsides and a silence descending on the scene. The moon made fleeting appearances and the stars begin to flicker in breaks between the clouds. After a couple of hours, I returned to the caravan to monitor the cameras while Gwyn remained in the hide.

Since my last shift another egg has been laid, the sixth so far, but there’s a difference this time as it is being actively incubated, unlike the previous ones. When I arrived for my shift, the female was nestled down for the night atop the egg, looking more comfortable than the last time I saw her at the end of a rain-sodden shift. She seemed restless throughout the night but all in all it was quite uneventful during the darker hours. 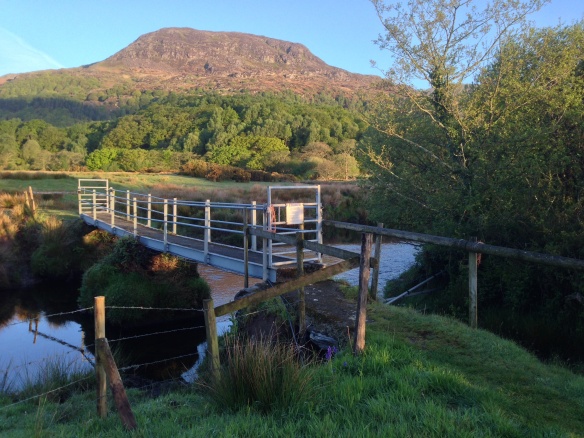 As the light began to rise, at around four o’clock, I made my way back through the field, over the bridge and along the bund, to the forward hide. Rejoining Gwyn, we listened to the dawn chorus and waited for the first rays of sunlight to touch the dew-washed land. The birds laid on a great opening to the day with song thrushes, blackbirds and redstarts providing the backing track to a cuckoo calling across the meadows. As the day grew in its strength the signs of the night still remained until just before the sun broke from behind the mountains of Snowdonia; tawny owls still hooting in the woods and the occasional bat remaining out to catch a late meal. A cronking raven passed overhead making a first flight of the day and a lesser spotted woodpecker made its undulating flight past the hide, narrowly missing a low flying buzzard.

The day began for the ospreys as the male returned from his overnight roost but it was only when we returned to the protection caravan that we noticed the reason for the female’s nocturnal restlessness; a second egg now in the nest – a further hope raised for success this year. 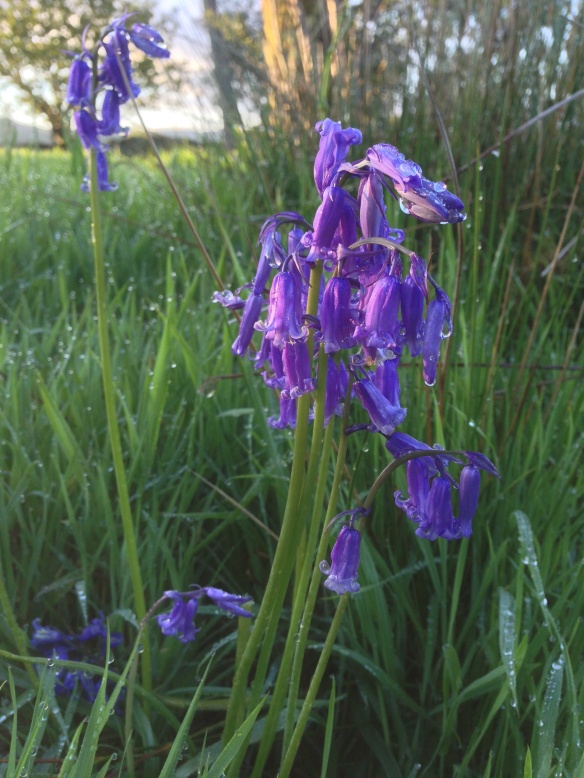