Shorts seemed to be the order of the day as I left home but I became more uncertain about that decision as my journey wore on. All the signs of the season at its height were there; all apart from the sunshine of the previous few days. Even in the early morning, holiday-makers were on their way west into Wales; caravans being towed, people carriers packed to their limits and all manner of sporting kit piled onto roofs or hanging off bootlids. The hedge-bordered roads were slower than usual, giving more time to take in the scenes. The lambs have grown almost as big as the ewes, getting fat on the lush deep-green grass given strength by the heavy rain showers and strong sun. In other meadows, the farmers were cutting hay into long lines ready to be gathered into bales and stored away for the winter. The roadside flowers are less plentiful than on previous journeys but there are flushes of rosebay willow herb, the occasional foxglove still blooming, and brambles showing that there may be a good blackberry crop to come.

Turning onto the track, heading down to protection, the space for vehicles has become even more confined with bracken and bramble ever further encroaching into the way. In some places the farmer has cut the verges but in others the car flicks the vegetation as it passes. All sounds of spring have gone and there is silence on the way towards the meadows. Parking the car, it’s a muddy walk, the cows having made a mess of the gap between the fields and the rains having made it worse. As I approach the site, there are small birds aplenty on the abundance of feeders, blue and great tits, nuthatches and chaffinches, accompanied by a couple of great spotted woodpeckers.

Inside the caravan there is anticipation and excitement as the long wait for the second chick to fledge is coming to an end. As I step in W8 lifts from the nest and a bird is seen circling around the trees beneath but it’s W7 confusing things and W8 was only momentarily airborne and still within the confines of the nest – the wait goes on into the hours of my shift. 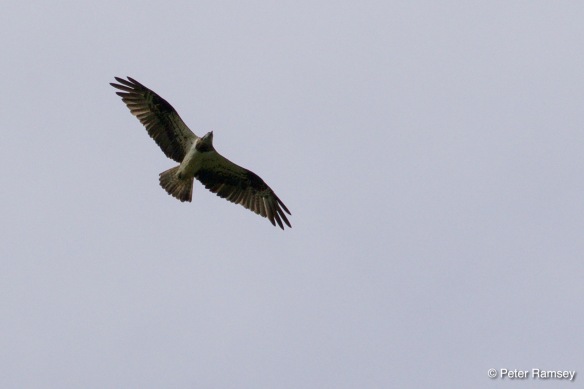 It was a busy and tense shift compared to the last few and as a last shift of the year, one to provide memories to take away. The will-he-won’t-he? question remained unanswered until almost the very end of my time. W7 having fledged two days previously, W8 was expected to make his maiden flight away from the nest at any time. After confusion when I first arrived, he ‘helicoptered’ above the nest a few times and transitioned between nest and perch and back again but seemed very hesitant to make the big step and leap away from his natal home.

There were intrusions into the parent-protected airspace around the nest with up to three intruders at one time, and the parents giving chase and entering into dog-fights, stooping and rising to ward off the unwelcome visitors. 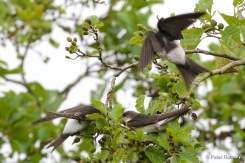 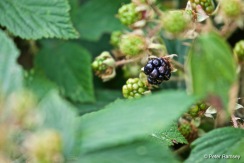 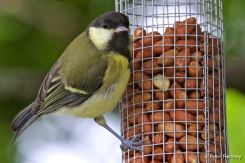 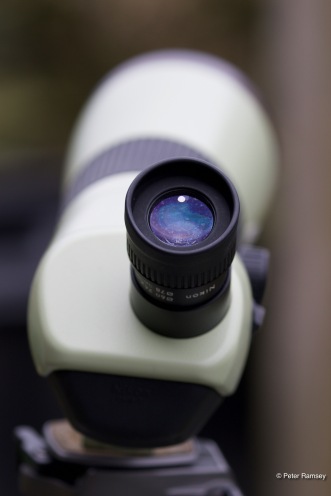 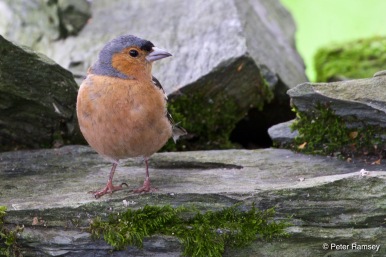 As I was about to give up hope, there was a cheer from the forward hide. My attention had been taken off the live stream and I had been watching a crowd of house martins circling and landing on a nearby tree but I rushed back into the caravan to see an empty nest. Grabbing my camera, I had a distant view of a madly flapping W8 flying around the tree and coming into land back in the nest, almost on top of his sister. 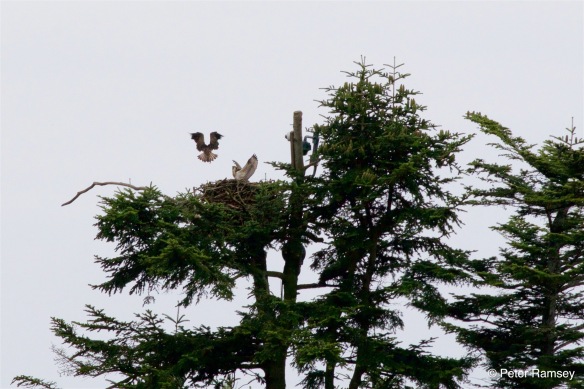 My last shift of the year ended on a high and as a drove back up the wooded track for the last time, windows open to take in the last of the valley air for another osprey season, there were two successfully fledged chicks sat in that high up nest. It will only be a matter of weeks until they make the journey south – but hopefully to be seen again in two or three years’ time. 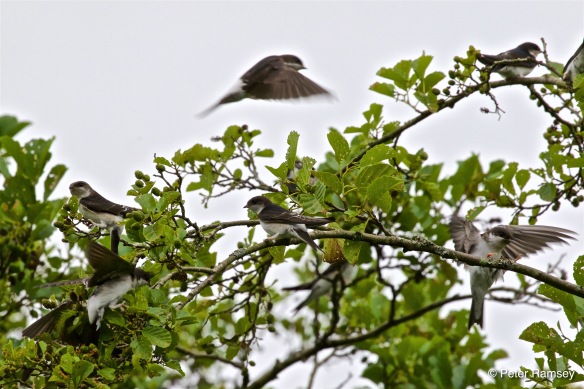