It seems ages since I was last out with Crewe & Nantwich Conservation Volunteers (CNCV); in fact, it was the Christmas task when I last attended a task.  Today, I was out with them at Wybunbury Moss, clearing trees from a wet pasture and burning the resulting brash. We also set about removing a fence that split the pasture in half.

This task also signalled the end of the winter season for CNCV as it was the last time we could have a fire before the bird breeding season starts.  This is a sad day as far as I’m concerned – having a fire is one of life’s great pleasures! 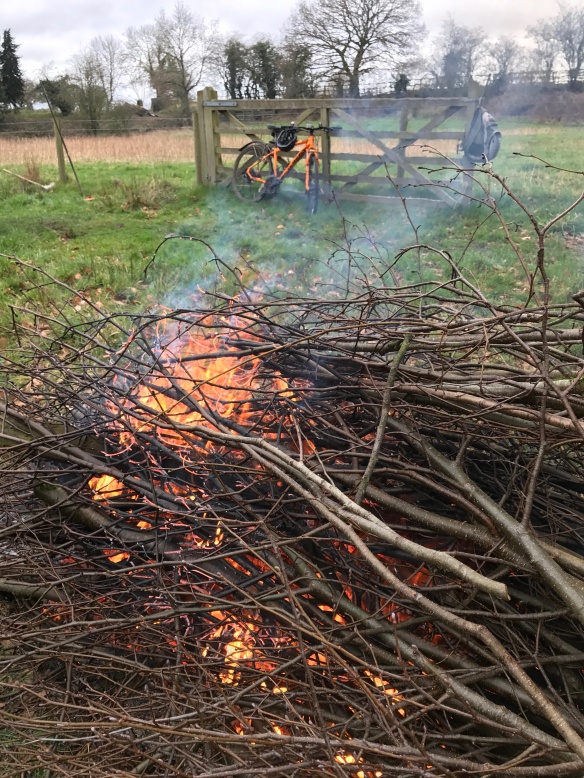 There were signs that Storm Doris had been passed as there were a number of trees felled trees dotted around the nature reserve.  It was still quite blustery and the cycle out to the task this morning was tougher than usual but the journey back when much quicker with the wind behind me!

Just before I left, there was a large mixed flock of starlings, redwings and fieldfares making a racket in nearby trees.  Perhaps winter hasn’t finished with us just yet.