I slowdown as I turn through the narrow gateway and over the cattle grid. The trees draw in as the car trundles slowly down the track with the undergrowth clipping the wing mirrors and bumper. There are no sounds of calling birds, just the crackle of twigs beneath the tyres. The tarmac of the track is starting to split, with grass and moss forming a ridge down the centre where few tyres pass. There’s dampness on the surface from overnight rain; finally some relief to the long running drought has brought a new freshness to the woodland and fields. The leaves and shoots have been washed clean of the long resting dust and the bright sun picks out the rejuvenated greens.

Across the meadows, the grass has returned with vigour and lushness with the cattle and sheep feeding restlessly as they try to make the most of the new growth. The early morning cloud parts and the strong sun breaks through casting a dazzling shimmer across the land made more sparkling by the light shining back off the new lustre of the grass.

Getting out of the car, I walk down to the bank and the river too has been given a new flush of life. The levels have risen over the past two weeks which has given volume to the weeds, now waving in the steady flow like wind-blown wheat. As I walk onto the bridge, a kingfisher diverts off its flight path and rises higher and around me, returning to the river as it passes around the back of a waterside tree.

While the life is more subdued than it was at the height of the spring, life still has depth here. There are bands of small birds feeding on the nuts and seed left out for them and the insects are making the most of the remaining flowers. There are countless white butterflies busying themselves amongst the undergrowth and open fields. Over the water, dragons and damsels flitter their way across the surface and under the bridge.

Across the river, over the bund and through the field, the copse of tall fir trees stands silent as I take my first look; the huge nest is empty. It is only after a while that a great pair of wings comes into land in the centre of the bowl and a crying is blown towards me on the steady breeze. Then, as a fish is brought in, nearly the whole family return, all three fledglings demanding food and their father providing it, watched on by their mother from a nearby tree top. 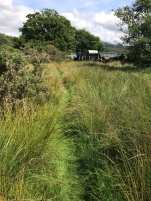 Well, that’s my osprey shifts over for another year…and what an osprey season it has been. The late arrivals of the birds from Africa kept everyone waiting for a while but that aside there have been no major dramas (so far). There are now three very healthy looking chicks, fledged and free, having been fed relentlessly since they hatched.

The weather has been like nothing I have ever experienced over the seven breeding seasons I have volunteered here and maybe the lower water levels have helped make fishing easier this year. The return of rains, I’m sure, is welcomed by most but especially the wildlife. The parched lands of my previous shift have given way to the more usual green woodlands and meadows. The wildlife will need more of the wet stuff if they are to be prepared for the autumn and winter to come.

I spent the day moving between the caravan and the bridge, enjoying the sun and the shade (and the cricket – the wonders of 4G!). It was a quiet shift with the nest largely empty and only returning to life with the arrival of a fresh fish. At times, there was more crow action than osprey, with two of the cheeky corvids launching a raid on the nest and stealing fish while the ospreys weren’t at home.

After seven years of osprey protection shifts, maybe this will have been my last. Over that time I’ve done nearly 60 shifts and seen 18 chicks fledge, and even had some make their first returns. I’ve had night shifts in the freezing early spring (going to bed afterwards fully clothed and still cold) and day shifts in the heat of a long summer drought where it’s been almost unbearable in the caravan…and, obviously, there’s been lots of rain, the Glaslyn Valley wouldn’t be the same without it!

If 2018 is my last year volunteering, well, it will have been a vintage one, ended at my favourite spot; sat with my legs dangling off the bridge watching the water run beneath me and looking up to keep an eye on the activities around the nest. 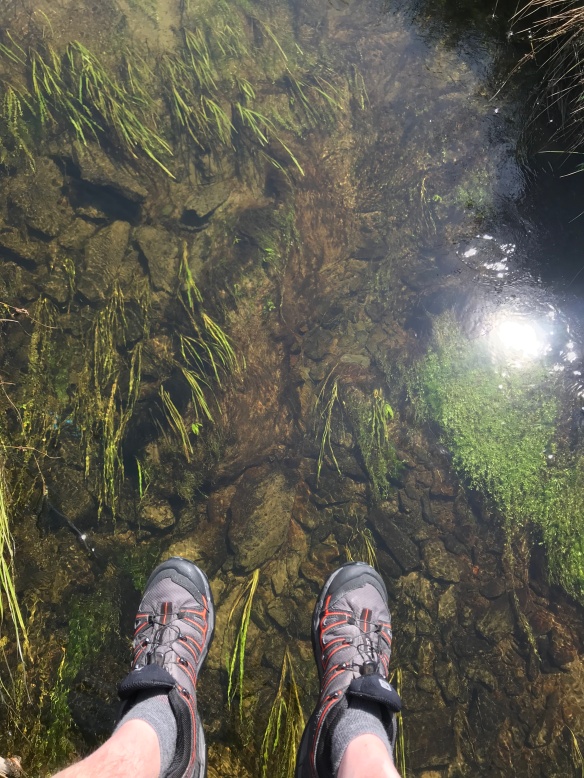 6 thoughts on “A final osprey shift of the season”