I was out for another of the (usually) fortnightly tasks with Crewe and Nantwich Conservation Volunteers. It was our first outing for a month and we went a little further than usual this time; to Tegg’s Nose County Park, working for Cheshire East Council Rangers. We were tasked by Ranger Martin to clear gorse in one of the fields. First we cleared a section to widen an approach to a gateway, where the cattle usually get a bit spooked by the narrowness of the path. We then cleared a patch encroaching on the field, giving more space for some of the rare species of plant that grow on the hillside meadows.

It started off as a lovely morning but after lunch we could see the cloud coming in across the Cheshire Plain and the rain started coming down just as we finished. It was that fine rain that gets you really soaked and as Tegg’s Nose is high up on the top of the hill, the rain turned into low cloud, dropping the visibility down quite significantly.

The County Park is a lovely place, just on the edge of the Peak District National Park and good starting point for a number of good walks into the hills and valleys. It has great view into the park but also across the flat Cheshire Plain, with Jodrell Bank standing out well above green pastureland.

Next time we’re out, it will be to Wybunbury Moss, and hopefully a first fire of the autumn – sausages at the ready! 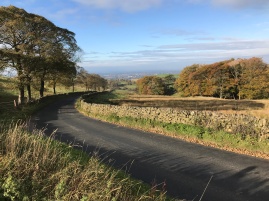 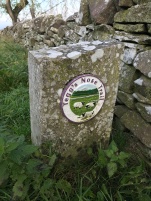 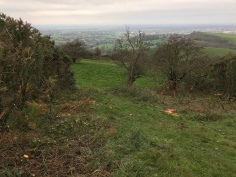