Yesterday I went for a walk around my local nature reserve, Wybunbury Moss.  I volunteer there quite often with the local conservation group I’m part of but I also like to go for a walk at the Moss and probably do so every three weeks or so.

I usually use the British Trust for Ornithology’s (BTO) BirdTrack app on my phone to record all the bird species I see and hear.  Yesterday, I recorded the most bird species I ever have done at the Moss, a total of 31.  One of the great things about BirdTrack is that you can go onto the BTO’s website and see all the records that you have submitted.  Interrogating my records for Wybunbury Moss reveals that I have recorded 57 species at reserve since January 2013.

While many of the species were fairly common, I did note both Raven and Willow Tit.  Ravens are starting to recover their former territories and I often see them at the Moss – for me their calls give me a real sense of wilderness.  The Willow Tits, as I’ve blogged previously, are a local rarity and have been in significant decline over the past few decades, so it was good to note them at the Moss again.

I first saw the ravens within the woodland that surrounds the Moss and they were calling quite irately for some time.  There was suddenly a call in return and I spotted a sparrowhawk nest high up in a fir tree.  Now I know where it is, I will have to return with my camera to see if I can get some shots of the youngsters after they leave the nest.

On the way out of the Moss, I passed through an area of wildflower meadow and took the following shot… 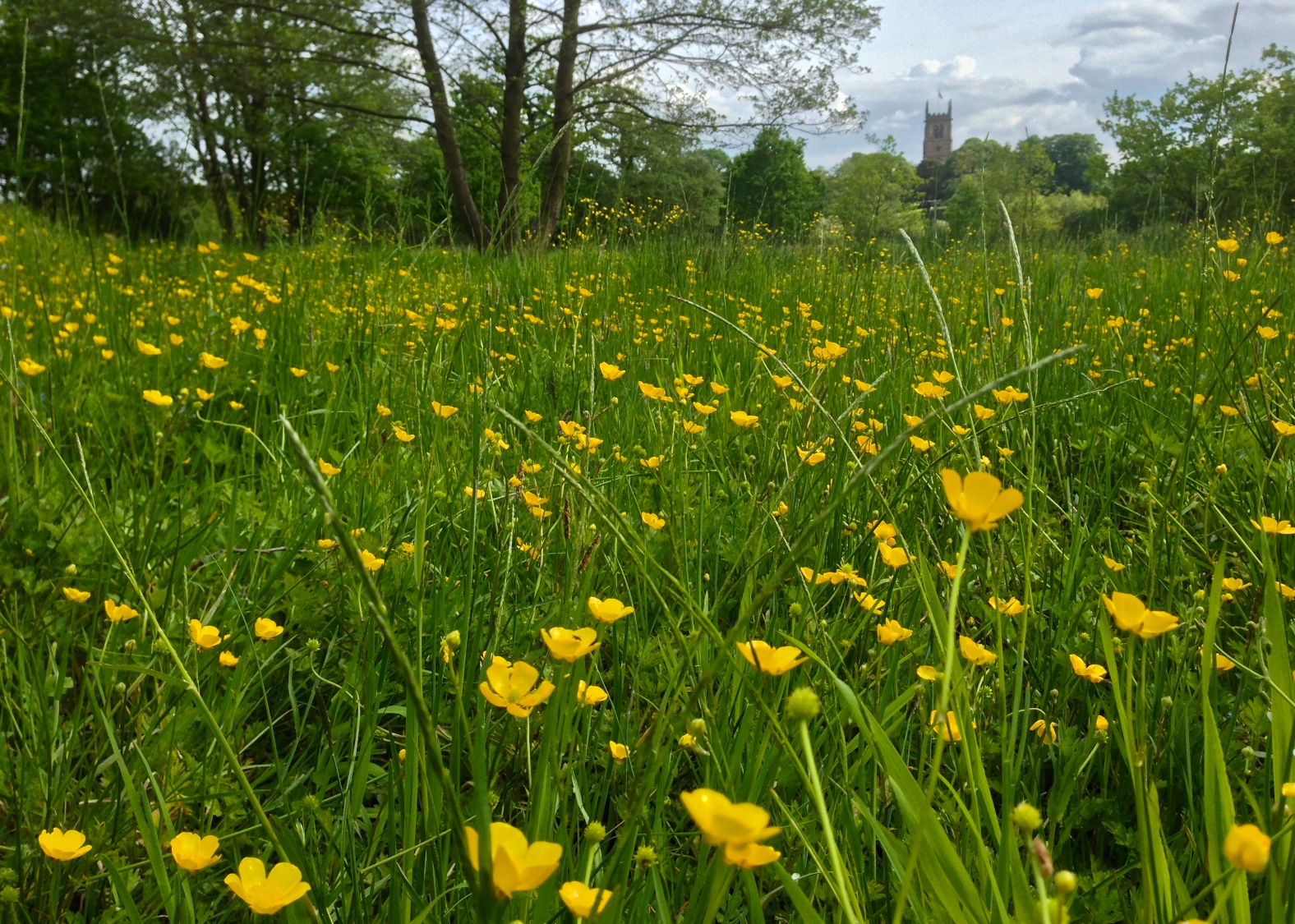 Visiting the Moss on a frequent basis means I get a real sense of the changing seasons.  From the first warm spring day spent on the Moss itself clearing fir tree saplings, to hearing and seeing some of the first migrant birds returning to breed and the trees coming out into leaf, to the wildflowers starting to bloom in the meadows. The season has been pretty special so far.