The next layer of watercolour is being painted across the slowly disappearing pencil sketch, as the earliest of spring’s signs fade and the next flourishes begin to take form over the canvas of the Glaslyn Valley.  Perhaps today, however, isn’t one of the days when too many flourishes appear; the spring seems to be taking a breather under the dark cloud lying heavily over the landscape.  There’s a strong and chilling easterly wind which seems to be keeping the heads of the wildlife down and under shelter.  The vividness of the season is washed out by the greyness of the light and the eruptive sounds of spring are held back by the breeze.  The hill and mountain sides are masked under a veil of mist and haze with an occasional spot or two fine rain, taking more warmth away from the air.

The whooper swans have returned to their still snow-locked breeding grounds on their north Atlantic island, arriving while winter has still to loosen its grip. The fieldfares and redwings regain their strength feeding on the lawns of Scandinavian summer houses amongst the pines and lakes; even there the days can switch from warm summer-like mornings to afternoons of sleet, the land still not out of reach the slowly retreating fingers of winter.  Back above the Glaslyn, on the moor tops, the birds are starting to settle into their nests wth both the curlew and hen harrier on eggs.

In the shelter of the woodland, there is now a riot of colour as the bluebells are in their prime, covering the floor with delicate blooms.  Other flowers, however, have been and gone; only the standing leaves remain of the daffodils and the bright yellow of the gorse is starting to fade and dry.  The last few trees remain without leaves while many are still to be in their full flush. More is to come, however, with the bramble in leaf but yet to flower and the irises and foxgloves are starting to grow tall on the wet verges.  Down on the river bank, with the water now well below its winter flood, there’s a sprinkling of cuckoo flowers giving a backdrop to a paddling mute swan.

The young badger and fox cubs are becoming more confident by the day, taking greater steps away from their underground homes, and the otter pups have had their first dip into the river.  The bank voles are starting to appear more frequently on top of the drystone wall, feeding on seed left out for the birds, and the bats are out in the evenings, hopefully taking a few midges from outside the caravan.

More summer visitors are arriving from the south with the swallows now flitting across the meadows at the end of the journey I saw the beginning of only a few weeks ago.  Someone saw a swift nearby but I’ve yet to see my favourite bird and the house martins are in the area but also unseen by me.  Finally, a cuckoo breaks the gloom’s spell, a true herald of spring and now an occasional patch of blue comes out from behind the grey clouds.

Having found mates and laid eggs, the birds are now in the long wait for hatching and then the energy of spring really will come to its peak. Endless cries for food will spark parents into a frenzy of gathering and providing.  High up in the wind buffeted copse, three eggs now lie beneath the warming breast of an osprey but it will be weeks until the first cracks appear in their shells.

It was a very quiet shift today, not a lot to mention at all; there wasn’t even a fish delivery to write about.  Aran was around the Glaslyn nest for most of the day but did disappear at one point and visit the ‘other woman’ at the Post Croesor nest but returned quite quickly and shared the incubation duties with Mrs G.  This really is the calm before the storm; once the eggs hatch, Aran won’t have much time for hanging around. 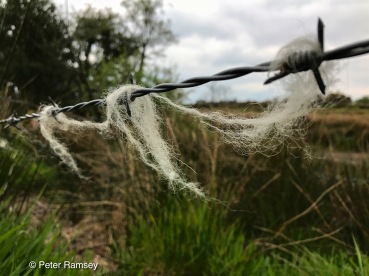 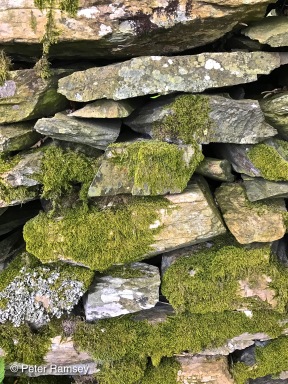 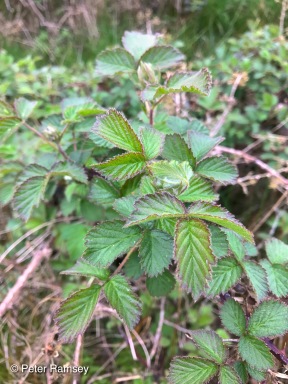 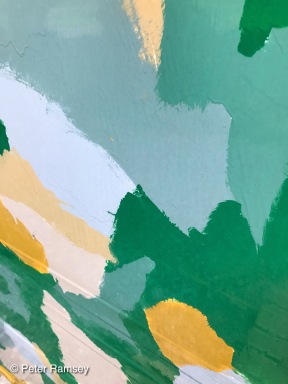 It’s an unusual thing to do, sit alone in a cold caravan or shed for hours on end making sure that no one interferes with the eggs of a wild bird, but people do it and many do other similar things.

Volunteering may seem to some like a selfless act but I think it’s just as much about the volunteer as it is about the cause.  We wouldn’t do it if there wasn’t something in it for us – well, my volunteering certainly isn’t selfless.

I volunteer for a whole range of reasons and, yes, supporting causes I care about is right at the top of the list and I wouldn’t volunteer if I didn’t feel I was personally making a difference (and sometimes I do have doubts).  However, another major reason I volunteer is because I feel it makes me more three-dimensional. It gives me something more interesting to talk about than what’s happened on Eastenders, who won the game last night or what I bought at the weekend. It also stops me being solely defined by my work and I love the fact that my volunteering is so utterly different to my job. I enjoy my work, and I like working in a big city. However, days surrounded by managed air amongst the glass and concrete lead to yearnings for the fresh air and greenness of the countryside.  Just working and making little of my weekends makes me miserable, and as I have a lot of spare time with which do whatever I wish, there could be a lot of time to be miserable.

Through doing a range of things I wouldn’t ordinarily do, or at least wouldn’t have done in the past, volunteering also expands my mind, increasing my knowledge and understanding, and leads to even more interests.  It’s just difficult to decide what to look into next.

Through volunteering you can have opportunities to go to places and do things that most people can’t – I don’t know many people in my day-to-day life who get to stay on a stunningly-lovely, almost deserted island for two weeks each year for free— and you get a whole raft of experiences to talk and write about.  You also get to meet fascinating and like-minded people, with whom to share those experiences; the only problem being they always seem to have done many more interesting things than me – I must try harder!

Volunteering can change you – even a meat-eating, car-loving, shaved-headed person like me can turn more veggie, beardy and earth-loving given enough influences from the right people. I’m certainly not the same person I was when I first began volunteering nearly six years ago – for a start, back then I wouldn’t have dreamt of posting soppy creative writing on the internet for the world to see!

Overall, however, I see the volunteering I do as a privilege; not everyone can or is able to do it and the experiences have made memories that I will never forget.

It will be a month or more until I return to Glaslyn (I have two weeks on a stunningly-lovely, nearly deserted island before then) and hopefully there will be chicks in the nests when I do.