The beginnings of first light starting to seep in through the drawn curtains come into my consciousness, stirring me from the last few hours tucked into the warmth of a sleeping bag. Imperceptibly, the night has been fading on the TV screen too, until the light from outside brings a realisation that dawn is on its way. Slipping out from the warm comfort and putting my feet into my shoes, I stand, stretch and put on my cold and damp jacket. I open the door and the cold air meets my face with a harshness against drowsy skin. It’s unexpectedly cold as I step from the shelter of the caravan; the clear overnight skies have lowered the temperature to levels almost down to a frost. Thick dew wets my jeans as I wander down through the long grass to the little bridge over the river.

Standing on the bridge, the cold clings to me even more, the water below seems to take some of my heat away as it flows past. Smoke-like mists rise from the river’s surface and wash over the neighbouring fields before fading to nothing on what little wind there is. As the light grows further, the scene begins to turn from monotone to spring colour. The clouds are hardly moving across the sky and breaks show through to the pastel blue beyond. Across the sides of the valley, greens are beginning to wash across the woodlands; single trees in ten breaking out into leaf but the others beginning to split their buds.

The birds started their dawn well before I ventured out; the wren is calling loudly from deep within a bush, the song thrush repeating it lyrics from a far off tree, the blue and great tits twittering from across the wall and a cuckoo calling its name from the hillside woods. A blackbird sings above them all, its powerful song coming from the top of the riverbank tree. There is one bird, however, that does not join the dawn chorus; having stirred little overnight, the female sits snuggly on top of three speckled eggs high up in the large nest overlooking the wet meadows. Not far from her, the male sits on the perch waiting for the day to begin and time for a first fishing trip once the sun has risen. The ospreys mark the start of the new day quietly, continuing their vigil, waiting for new life to come to their nest. 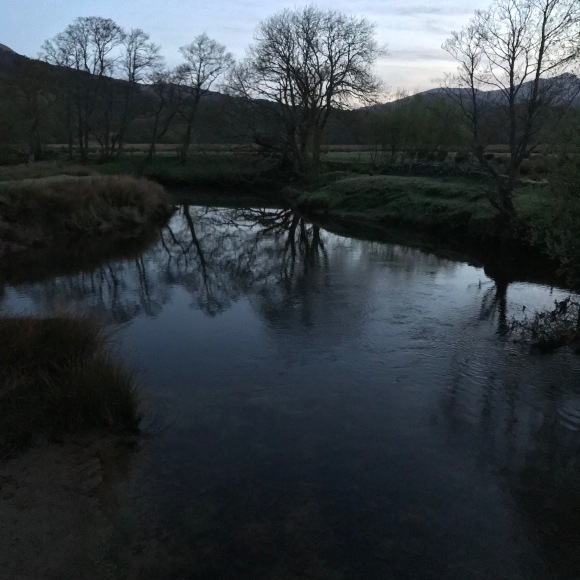 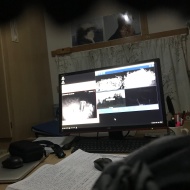 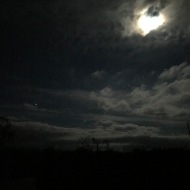 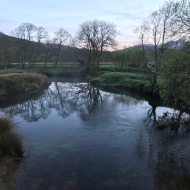 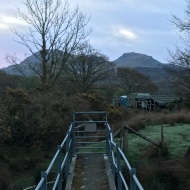 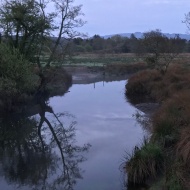 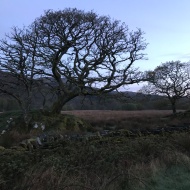 This was my first night shift of the new osprey season and a quiet one it was. I don’t think I have seen such little movement on the osprey nest during a shift. For much of the night, she had her head tucked in under her feathers between her wings and I only noticed her once leave the nest for a brief wing stretch. It’s not too surprising though as it was a particularly chilly night for the end of April; I was glad for my thermals!

I didn’t spend the whole night in my sleeping bag I have to add. When I arrived on site for my shift at 10:00pm, the last of the light was slowly fading away and I walked down to the river to see if I could locate any bats with my detector. The moon was incredibly bright and I didn’t need a torch when the clouds cleared; it seemed almost like it was still daylight. It didn’t take long for my detector to do its job and I had a few passes of Daubenton’s flying beneath me and under the bridge. 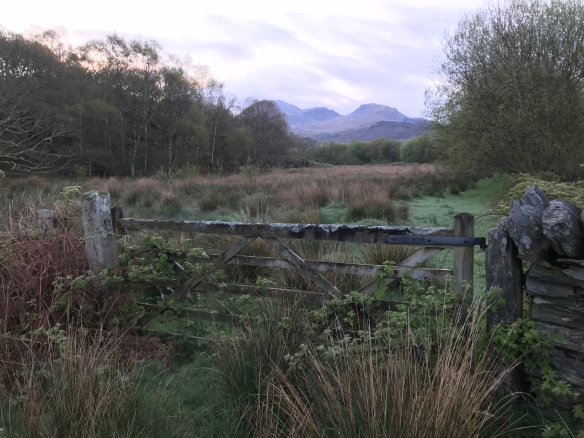 During the course of the night, I periodically went for a wander with a high powered torch, listening and looking for any sign of unwanted activity around the nest. The only sounds I had were those of the night; occasional calls of tawny owls and a grasshopper warbler joined in when the moon was out. There was one call I have no idea what it was. At first I thought it was the harsh hissing of a barn owl but it had a burbling pattern to it and came too frequently and for a sustained period of time.

I’ve got a another night shift in three weeks’ time but it will still be a couple more weeks until the first egg hatches.

2 thoughts on “Stirring from a night shift”